THE SEARCH FOR PW RESUMES

pw, where are you?

Happy New Year to you and your family, and all…

I believe if you check over at this Board, you’ll find poppa willis there…
I believe his last post was yesterday, sometime…

Happy New Year to you and your family, and all..

I believe if you check over at this Board, you'll find poppa willis there..
I believe his last post was yesterday, sometime..

I saw him at Wal-Mart in the "adult toiletries" aisle yesterday, and then he did a few drive-by's here earlier this morning.

The "oldawgs" forum, eh? That's good info a guy can use.

I saw him two weeks ago at Facebook lookin like a snowman, happy as anyone should be.

Poppa, we were but ships passing in the night.

Poppa, we were but ships passing in the night.
Banana barges? 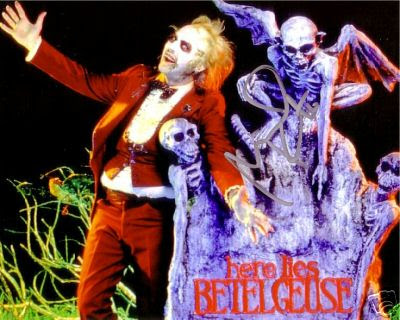 What a great link that Beatlejuice is…

I’ve spent time over-and-around that Boston and neighbourhood area…
Lots of energy on that stage…
WalMart…
Yea can say what yea want…
All the best prices…
How can you not shop there.

?The one over here where I live goes 24 hours a day…
Only thing is…
I have to go outta town to get there…
Dartmouth Crossing…

I hate goin outta town to pick up toilet paper…

Yeah, Bill, they were looking for a vocalist in 2008 (they actually seem to have a few at any given time). Their myspace page has some great sounding live recordings/video.

Hey- you know who would do great as a Beatlejuice vocalist? Spreader Craig! On second thought, those gigs might be a tad far for him though.

Did you ever play any gigs around this area, Bill?


Anyway, it’s too tough to compete with the likes of a Beatlejuice Stage… Musicians like that over here need to leave town and go to Upper Canada for work, before they get discovered into an Americian Market…
Believe me…
There’s plenty of top-end musicians over here trying to survive on the Canadian East Coast…
As well, you have to be more business oriented these days,than it was twenty years ago, just to get work…


I agree, spreadercraig would fit pretty good on that stage…

However, I think spreadercraig is more on the original material than on the Cover material format…

When I lived in boston pretty much all the shows had audiences made up of other musicians checking out to see how they compared with that night’s talent. Places like the Rat or the Middle East. Rat’s gone, however.

I don’t make it in there too often myself. Saw a jazz group at the Hynes for New Year’s, but not much before that.
Think you’re right about having to be a businessman/musician nowadays, Bill.
Tom, These days the live scene is deader than even the one you described. Plenty of musicians out there, but not a ton of clubbing bands. Suppose it’s not that different anywhere else…Even at New Years, was suprised to have four seats at a central bar available upon just showing up- and then eating in the dining area without a long wait.
I’ll blame the personal computer for much of this!

got an email from papa willis today and he claims to be doing alright but y’all know how them texans can lie.

seriously, i was getting worried pw. glad you are ok.

Just saw Willis at the 7-11 buying an RC-Cola and a Moon-Pie. Looks like he was headed over to In 'N Out Burger after that. Seemed to be in a hurry too.

Personally, and I do not mean to insult you, flanders, but I have just a smidgen of doubt for your veracity. RC Cola AND a Moon Pie? Isn’t that like red wine and fish?