There, I said it.

Yes, it feels better to get it out in the open.
Now breathe in… breathe out…

I don’t have an SG but I do have one of these: 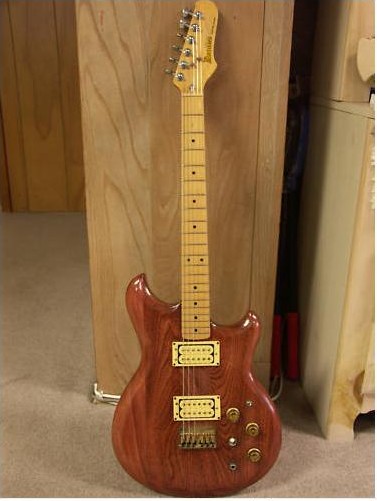 From what I can tell it’s a rare Ibanez (300 ish) made by chucking together bits of various guitars at the end of production runs.
It dates from 1982… I got it in '87 and it is a mighty fine guitar.

My son had an Epi SG copy.
It was ok but not inspiring.
Would love a proper one though.

Now breathe in… breathe out…

Mine is a much deeper cherry red though.

If it’s good enough for Angus Young…why not?

I’ve been building an SG for nearly thirty years. I’ve handed the project over to my son. He’s making similar progress to me;-)

I also confess that I’d rather have Heritage. But I don’t think they ever made an SG model. Y’all know about Heritage?


Y'all know about Heritage?
do now!

They are what Gibsons used to be.

They are LITERALLY what the Gibsons used to be. Same factory, same people, great guitars. Anyone who wants a Gibson really wants a Heritage.

I thought you were finally gonna confess to being a closet Reaper user. Tisk, Tisk…

Use it or lose it

Lamb skin, yes, I'll use it. Sheesh.
You're scaring me now, you raccoon lover, you;-)