I am not sure how to solve this problem.

Sometimes my mic input levels seem to change for no reason. Without changing anything, I’ll go to record something and I can see by the track that they are much lower and I don’t know how to adjust them.

In the attached picture you will see two tracks. The top track is normal levels. The bottom track is what is now being recorded.

Any help to solve this or work around so I can increase the input when this happens will be greatly appreciated! 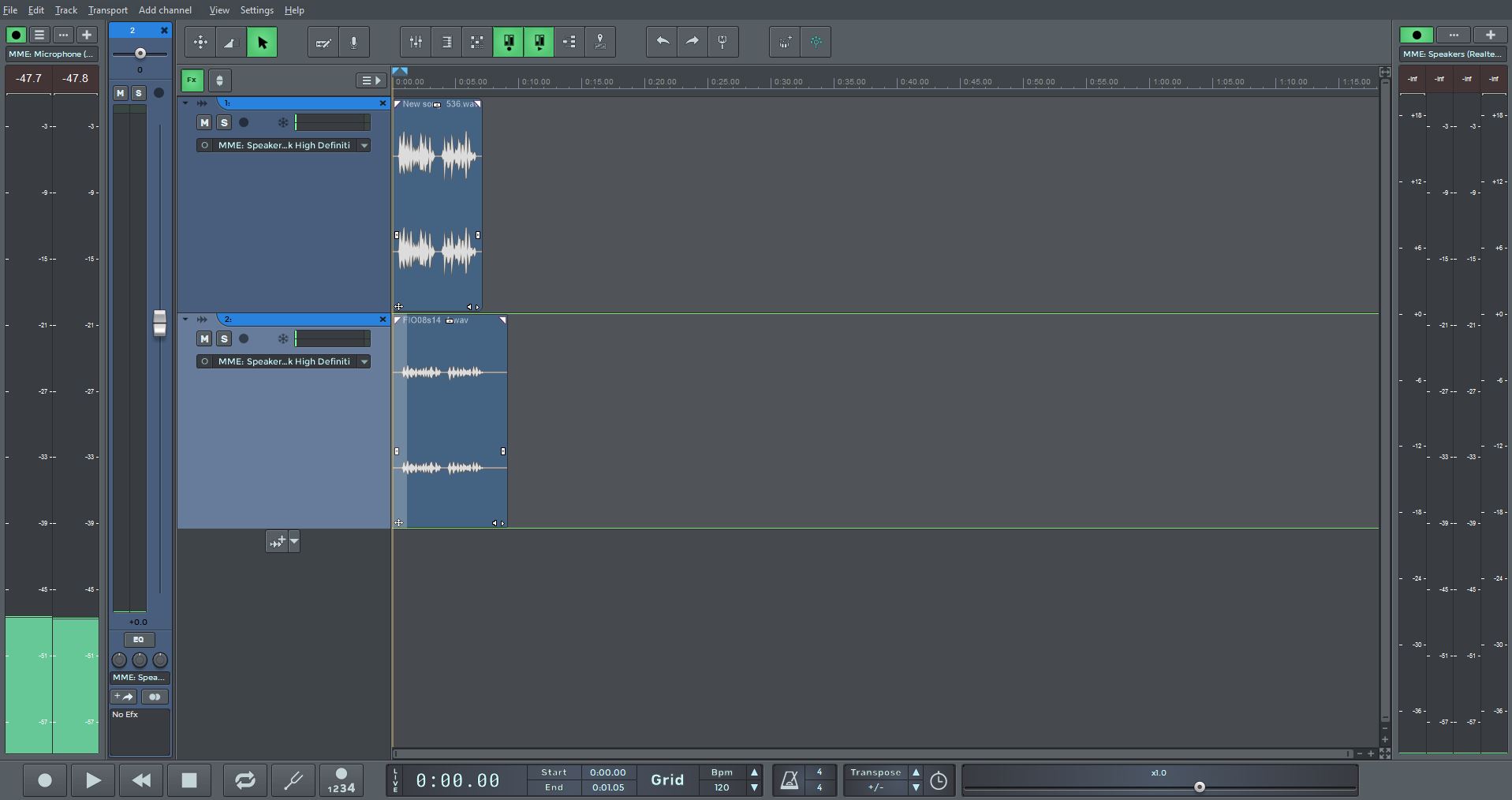 What are you using to get the sound into the computer ( do you have an interface or are you using a built in audio). Remember the input volume is controlled by the sound card/interface.

I have a Yeti microphone plugged into a USB3 port. The microphone level is set to 91.

Thanks for the reminder that input is through the sound card - that helps me understand the flow better.

After reading your post, I tried the “restore global settings” in N-track and this seems to have worked.

I have always used ntrack mostly like a tape recorder for audio narrations or recording a sermon, so I am very unfamiliar with it’s many other features. But why the levels do this changing thing for no apparent reason stumps me. I know there was a windows update recently so maybe that contributed this time, but other times that isn’t a factor.

I’ve also experienced the the sound level staying the same but the graphical display of the track switching to displaying very little up and down to it, while other times it has a very broad range of peaks and valleys.

I’m unfamiliar with your equipment, so pardon me if this is not relavent: It sounds like a VOX feature might be turned on. - VOX would change the recording level based on the strength of the input.

Lol, it may or may not be relevant as VOX is news to me.

My set-up is very simple - the Yeti microphone plugged into a usb and I run ntrack for recording. I have no other sound equipment.

Again your question jogged my mind to look at the windows audio settings and do some quick google searches. I do not have a “mic boost” option but that may be due to this being a usb desktop microphone. That reminded me there is a boost dial on the mic (on the back side where I never look or see when recording) and turning that up did create a higher peak and valley movement. I have the gain where it is always in order to not pick up room noise.

So that let’s me know why there isn’t more movement when things are working properly. Perhaps the ntrack reset is a good workaround when I notice the levels have dropped for whatever reason.

You have helped me sort out a number of things I have always wondered about. Thanks.

Well, one great thing about digital recording, you can turn it up a whole lot without actually losing quality.