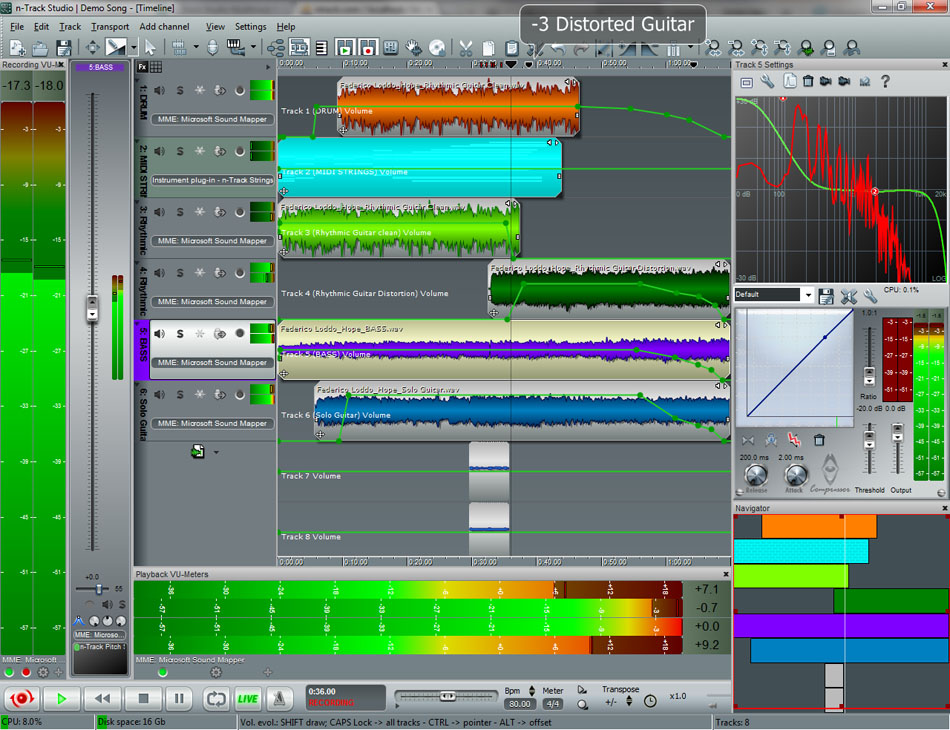 They are missing something?

Is there a new way streamline a track view? This is off of ntrack.com

I would say that you have all the animation for those tracks shut off.

It’s Flavio’s image. I just noticed it on the website.

They are the ones being currently recorded, right?

Where are the track controls? If it was armed for recording, there would a RED “armed light” and all the other goodies are missing too… Mute, Solo, Freeze, Monitor… weird?

I don’t know – I’ve never noticed what the controls look like while I’m recording (I’m too busy playing/singing/trying to remember the words!)

Whatever it is I like. I’m a streamed down guy when it comes to visuals.