the end of this one is good

This is not suitable for the religiously sensitive. Or overly patriotic 'Mericans. Or for people who can’t stand wretched vocals. My voice is shot from the flu. But the 2nd half is worth listening to. So just skip to it. There’s a reference in there for Levi too.

Overall I liked it.
Heard the vocal stuff from the flu.
I’m just getting it now, but not being much of a singer, not a problem for me, in fact I find it adds some interesting timbre to the voice.
As always, nice layering of the backing guitars.
Liked the end, specially the faint backing chorus at the very end.

Reference to Levi…‘feel so old child’…?

Actually, no, not that lyric, which is stupid and self=absorb, there is a reference to the Port Huron song buried in there. I think I’m going to rewrite the lyrics. I’m just getting really sucky at lyrics lately.

the low fi is pretty wargled.

I remember soundclick recommending you convert to 44.1k before making the MP3 conversion.

I liked it, very Northern Pikes (of the Canadian persuasion)…

Also, what guitars are you using?
the reason I ask is I getting more into guitar tones for various songs and their unique body sounds and want to start building my collection outside of the Ibanez guild (of which I have many). But mine is black.

ha ha pup! You know it's ok really. I teased Yaz and pop's out of here by callin them old timers etc (just trying to get them to speak up). When in fact I'm older than both those ol'boys! That's how I could get away with it. Of course Ian probably thinks I meant it and that I'm mean

No problem buddy if Yaz and Pops and I where on stage, y'all would think I was the young punk of the bunch. But it's true I'm an oldie.

Nothing scratchy on this one, nice mix. Loved the suggested or light echo effect on the drums.

I thought the bass workin in the last 1/3 of the song was an awesome effect as a very interesting run! Was that done on a bass? Cool song but I didn’t catch anything about Port Huron, I’m dog tired from work, just got in. Nice work!

Tom you have a rickenbacker.

Just looking at it makes me want to cry.
I’ve wanted one of those babies since I was little. 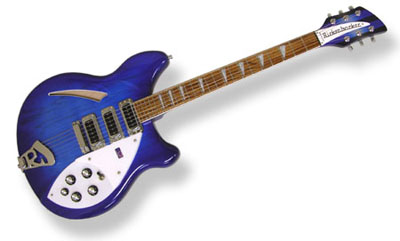 Except I have the vintage pickups.

Pretty guitar! But why sing of Port Huron?

It’s not the same

Uh, Cragi, sure, 1800 usa dollars for shipping, and you can have the guitar for free.

Love that one, Tom. Like Levi, I loved the bass in the last third - I actually got lost in the melody and enjoyed the build(up).

Whining vox and lyrics however.