This is what they've been hiding 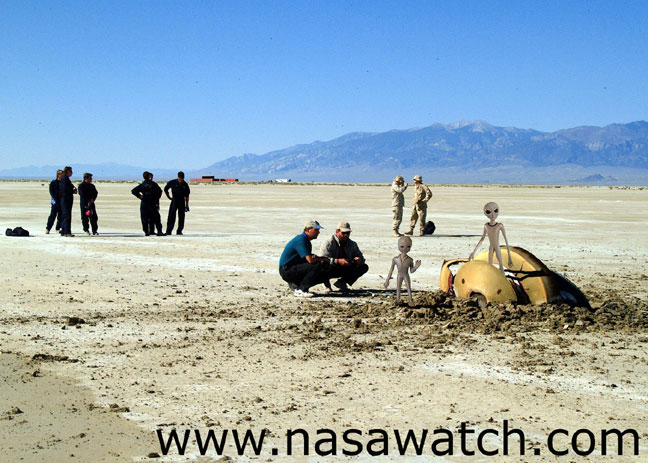 The company I work for made the airbags that allowed these fine alien critters to WALK AWAY from such a horrendous crash.

Ummm…wait… I think the aliens ARE airbags!

And the first entry in this months caption contest…

"I told you you were going too #### fast, I told you SECOND left after Safeways, I told you; mirror, signal, maneuver, I told…

“Yeah, yeah, Ok, whatever dear. But if those two giant Gerbils don’t stop staring at me, they’re gonna get a phasering they won’t NEVER forget!”

“Well, here we are unfortunately.

Thank god none of the locals have spotted us yet!”

Guy in the group of six at top left, standing on the right…

“So it’s the right hand like this…then a little pirouette, and there you have it!”.

The two marines on the right…

“Sarge, you really do look stoopid with these binoculars back to front, haw haw haw.”

“First I bite off his left leg, then I bite off his right leg…then let’s hear him talk about “hiding from military action”, and his three stinking purple hearts!”