Did this last year with 6 other guys…nTrack mix. Thought I’d share

Try right clicking and choosing Save As.

I’m really impressed by the drummer. Really nice fills that fit the song perfectly. The Hammond is really nice, too.

Vocals are up front but not too overbearing - congratulations. Sounds awesome.

Acoustic guitar sounds a little overprocessed… Did you line in for this?

I think the bass and the drums could use a little more “oomph” - try playing around with your compressor and EQ settings a little bit.

…And maybe work on the high end a little.

…Not very specific advice, but I think you just need to tweak a little more… You’re almost there.

I dig the drum production, though it needs more cowbell…

Seriously, where did you record the drums and with what? Please forgive me, but they sound way more produced (in a good way) than most anything you run across in hobbiest productions.

As for the guitar, yeah, I dunno, it doesn’t sound bad. Just a little too 80’s/Michael Rutherford for my taste. Though, if that is what you are aiming for, you nailed it.

Duh! - thanks Jason, us old guys need a bit of help now & again, completely forgot about that one

I’m very impressed with the track, although I have to echo what’s already been said. It sounds like it should be a bit more powerful, that’s my impression anyway.
I don’t think the chant at the end fits very well, the one at the beginning sets things up nicely.
All in all a very good piece of work, thanks for posting it.

Same comments as the other guys. Acoustic guitar tone is a tad wack but not bad. Drums do sound excellent!

Excellent performance and production. The chant fits perfectly with the subject matter, which reminds me a little of Iron Maidens 'Run to the hills’
No other comment to make other than to say that it’s an extremely professional job!
Well done,

This is great! You are definitely headed down the right road. You should be proud of the song and the recording!

Tell us more about your gear and recording process. 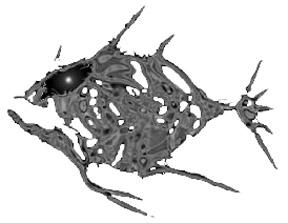 Thanks everybody…drums… Big John Wooten out of Kansas did the drums. he’s an awesome performer and I agree he did an outstanding job. Not sure of his set up…

The acoustic git is me and yes it was line in with a very old Shure mic and a suckie soundcard. Hoping to upgrade to a delta44 soon. I’ll play around with the track since I now have the 4.1 upgrade.

The Hammond was done by a guy in Germany…wit a few takes we got that 60’s feel.

This was an effort of 6 guys over three months over at 96decibels.com as well as recordingproject.com

Thanks for the listen all…love this program.

I just got in to listen, and a nice job for sure. Similar comments all around. Pump that bass and kick! That would release a good bit more power, I’d think. By now, though, you may have done that…

Thanks all…currently run a boxed dell soundcard which limits my recording capabilities. Buying a Audiophile 2496 tis month as well as a MXL990 with preamp. Should imporve the tone on the guitars and vocals.

Appreciate the listens all!