Arrr! - This is often confused with “arrrrgh,” which is, of course, the sound you make when you sit on a belaying pin. “Arrrr!”, like “Aloha,” means variously, “yes,” “I agree,” “I’m happy,” “I’m enjoying this beer,” “My team is going to win it all,” “I saw that television show, it sucked!” and “That was a clever remark you or I just made.” And those are just a few of the myriad possibilities of Arrr!
Avast! - derived from “hold fast”. Stop and give attention. This word, like many pirate words, has multiple meanings, so it can also can be used in place of, “Whoa! Get a load of that!” “Check it out” or “No way!” or "Get off!"
Aye! - "Yes!"
Aye aye! - "I understand what you said and I will carry out your order!"
Be - “Am, is, are.” As in “I (or Me) be goin’ t’ get more grog, he be goin’ t’ get more grog, and they be goin’ t’ get more grog.” This will also avoid confusion between “are” and “arrr” or "arrgh."
Beauty â€“ The best possible pirate address for a woman. Always preceded by “me,” as in, “C’mere, me beauty,” or even, “me buxom beauty,” to one particularly well endowed. You’ll be surprised how effective this is.
Belay - To immediately cease or stop. Usually used in a disgusted context such as "Belay that landlubber talk!!"
Bilge rat â€“ The bilge is the lowest level of the ship. It’s loaded with ballast and slimy, reeking water. A bilge rat, then, is a rat that lives in the worst place on the ship. Pirates, just like their modern-day counterparts (regular guys), love to joke and jibe with their buddies. By all means, pirates will call their buddies "bilge rats."
Booty - Anything of value a pirate can plunder.
Bung hole â€“ It’s the hole in a wooden barrel, usually sealed with a cork. To get what’s in the barrel out, usually, the cork is pried out, opening the bung hole. Saying, “Well, me hearties, let’s see what crawled out of the bung hole” will often be accompanied by the sound of 21st century citizens running for their lives. Yay! Dinner for one, coming up!
Colors - See also, “Hoist the Colors!” The Pirate flag, with many variations. Designed to strike terror into your opponent, many times they would not even fight back, immediately surrendering.
Davy Jones’ Locker - Where the souls of drowned pirates go.
Grog â€“ An alcoholic drink, usually rum diluted with water and lime juice, but in this context you could use it to refer to any alcoholic beverage other than beer, and we aren’t prepared to be picky about that, either.
Hoist the Colors! - To raise the Pirate flag before attacking. Also a rallying cry for Pirates before they go into battle.
Hornpipe â€“ Both a single-reeded musical instrument sailors often had aboard ship, and a spirited dance that sailors do. The common term for being filled with lust is “horny,” and hornpipe then has some comical possibilities. "Is that a hornpipe in your pocket, or are you just glad to see me? Or both?"
Hearties or Matey - Shipmates or friends.
Keel haul - A grisly death indeed. The pirate is tied by a rope at the front of the ship at full sail. He is then kicked off and made to drag along the keel, or bottom spine of the ship, usually through the sharp barnacles clinging to the hull. It would act like a cheese grater. “Ye’ll be Keel Hauled!” would strike terror into any pirate.
Lass - A name for a woman, usually more polite and romantic.
Lubber â€“ (or land lubber) Where a lubber is a poor seaman, a land lubber is an exceptionally ignorant seaman. [1] In a room where everyone is talking like pirates, lubber is always an insult.
Motherload - refers to when the largest amount of booty is successfully located.
Savvy - Ok or understand. As in, “Savvy?” meaning "Do you understand"
Saucy - Sexy. "Ye be a Saucy Wench!"
Scrumpet- A name for a women, not the most polite term but not rude either.
Smartly â€“ Do something quickly. “Smartly, me lass,” you might say when sending the bar maid off for another round. She will be so impressed she might well spit in your beer.
Scurvy - Well, of course, it’s an awful affliction that used to bedevil buccaneers in days gone by; that’s one reason there was lime juice added to the rum in the water, making grog. So calling someone a “scurvy bilge rat” is even worse than calling him a "bilge rat."
Shiver me timbers! - Pirate for “Well, I’ll be” or “Is that so?”. Originating from when a cannon ball hits a ship and the planking shatters into splinters.
Show a Leg! - Phrase to wake up a sailor. “Show a leg!, it be dawn, you scurvy lubber!”.
Wench - Woman, girl, or waitress. It can also refer to a peasant girl or prostitute .
Yardarm - Not just convenient framework to hang the sails, but often times used as a holding post for the disobedient ol’ salts, as in, “Tie that dawg to the yardarm”.

Arr you don't want to be known as a LUBBER here me Matey nor sail the yeardarm at any given notice, nor east nor west nor north nor south!
I posted this so y'all would see that I wouldn't actually use the term "bung hole" in public, with out this list oking it


"Well, me hearties, let's see what crawled out of the bung hole"

EAR ME NEW SONG MATEYS "LOVEING THE BUNG HOLE STUFF" PRODUCED AT 711 STUDIOS! IN YOUR MUSIC STORES NOW! ARR FEATURING ME ON ME HORNPIPE

Aye scrub those decks hearties and pray for the mother load

Hey…
Great stuff…
We hope that doesn’t get levi in a state of withdrawal…
He’ll get kinda ugly, in that state…

No sweat Billy. I'm not hooked on anything other than nTrack

Arr you stayed up late for that one matey

Aye Captain Levi. Should we not first take a mop to the mizzen-mast? Aye. 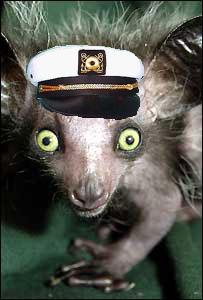 Eye! I've heard it told; is bad luck for an eye eye to not use it's middle finger in most activities!