I just got the new 9.4 update and I gotta say it’s fantastic. I have some questions about the new DEnoiser and Gain effects:
On the DEnoiser: what is it exactly doing? Is it gating the noise or compressing it? Is it Multi-Band compressing with the frequency controls on the left side on top of that awesome before-and-after spectrum graph? Does the Listening function set frequencies to reduce or just general noise? It works very well.
Regarding the Gain effect: is this intended for Master or Limiting purposes? Does the Stereo width work in conjunction with the Pan button? I think this would be a great effect to have on the final mix Master Channel … IF it had a level meter that could show overall real time output levels (in decibels or LUFS metering, that would really be cool.
Anyway thank you for working so hard making my favorite DAW even more incredible and easy to use.

Hey Heimie, thank you for the kind words!

The new DEnoiser can tell the noise content from the musical content. You can listen to the noise profile by clicking on “Monitor noise”. The plugin also uses a sort of internal equalizer to attenuate the noisy frequencies more than the others. You can manually tweak this internal EQ using the frequency controls on the left.

As for the Gain plugin, it’s intended as a general-purpose utility that comes with no latency and light CPU usage. The Pan is applied after the Stereo Width control. They can work together without problems. For example, you could set Stereo Width to 0 to reduce the spatialization of your recording, than Pan everything to one side. The idea of the level meter is a good one, we may consider that for a future release.

Whelp.
Windows 10 64 Home edition user here. I’ve been very happy with the last stable build of N-track 9 but today I saw there was an update that claimed to fix a few small issues. Okay, I’ll download it.
Straight away, the installation ended with two “1619” bugs that Googling suggests was due to a badly compiled installer - or my Windows Installer being somehow faulty. As a power user, I found nothing wrong with Windows installer.

Go into the updated N-track aaaaaand…it fails to load the song I was working on. Okay, load it manually, that works!
Press space to play it back annnnndddd hard lockup within 2 seconds. Enters “not responding” state very quickly and easily. Lovely! Hard close it, open it again, check a few things and try to X out on the top right and it hard crashes with a bug report offer >.>;.
So I had to remove N-track and put the “old” installer for the late March build back up and what do you know! That works fine! This was afterI downloaded the installer from the site for the new one and that didn’t work either, same exact non-functional crashing nonsense…so it isn’t that the in-app downloader was weird or anything. [Although the standalone .exe file did not give me 1619 errors]
So either this was rolled out exceptionally badly or it’s just not as stable as people thought.

Final thoughts, why does this thread say 9.4 update but the available new version in the app itself says “9.1.4.3877” ? My verdict is avoid that particular version like the plague, which it seems to very closely resemble. I must reiterate that version 9.1.3 build 3751 (22\3\2021) works absolutely fine. (Although it has odd issues like double notes appearing in step sequencer for no reason and it always thinking I’m in B major when I open a saved project back up).

I’ve tried to install the latest n-Track version and the installation process returned me no errors.
Which is the Windows build number you’ve installed? (Windows Settings->System->About->OS Build)
Could you please try to install n-Track after a PC reboot?

Regarding the lockup and the crash, which is the model of the audio device you are using? Which audio drivers are you using? (Settings->Audio devices)
Should the crash occur again, please fill and send the form which appears just after the crash so that we can better investigate the problem.

As regards the thread name (9.4 Update), it is referred to the version’s number of the mobile app, while the desktop one is 9.1.4.

I’ll jump into the thread with a kind of desperate question regarding the latest update:

Guys, are you really disabling portrait mode for the effects chain for mobile version (iOS in particular)? including even AUV3s?

Or it’s some kind if temporary interface malfunction that should be expected to be fixed?

…and all those highly professional 3rd party high-end solutions like FAC’s plugins (bandit, maxima, etc), Drambo by Bipstreet and many-many more that are optimized primary to be used in 9:16 are now forced to be used in very uncomfortable landscape mode, also forcing a user to rotate the device?
Until the update only built-in plugins behaved that way, which is also damn disturbing still was somehow acceptable.

Been using the DAW for about 2.5yrs but since the new version am actually actively searching and testing the alternatives to move to and ended up using Gadget with MIDI/AUV3 intergration through AUM. It works, but you could imagine how absurd I am feeling, reorganizing and reintegrating my workflow just to be able to hold the device in it’s natural ment to be held position… And the thing is I don’t want to move, your DAW is optimal in every other aspect, it’s just a crucial moment in interface logic that wipes out everything positive for me.

At least explain the logic behind this decision please, ‘cause i struggle to get it, just makes no sense for me.
Like, it’s clear for NS2, GarageBand who don’t have any support for portrait view (that’s why I don’t use them often), but you had this interface rescaling support for all the time I use the app - why just to cut it? and after it’s been disabled for the new FX chain view, what’s the use of portrait mode in the app at the moment?

i can think of:

why to even have it for such a few elements and not to eliminate completely?.. at lease it would make sense in a global perspective - “n-Track Studio goes fully landscape from now” kinda thing.

But in reality I go to the App Store to the DAW’s product page and see that all the marketing images that a user sees first are showing the interface in portrait, sort of saying between the lines that it’s one of the main features, and in fact it’s just a couple elements of the whole production environment.

Would really appreciate you comment on this change, thanks in advance. 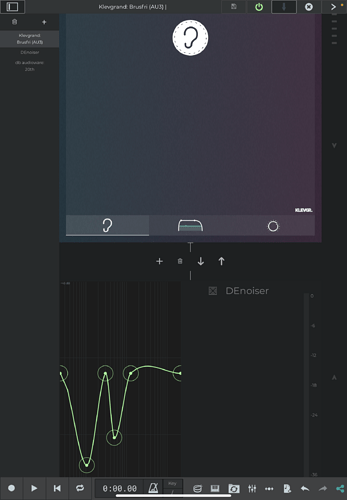 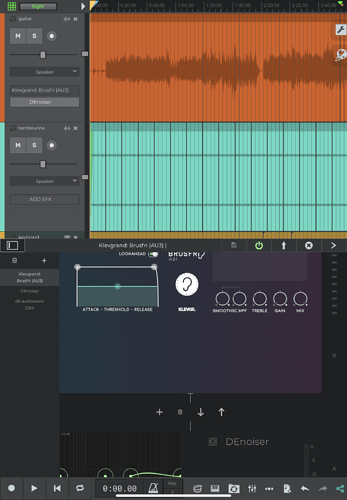 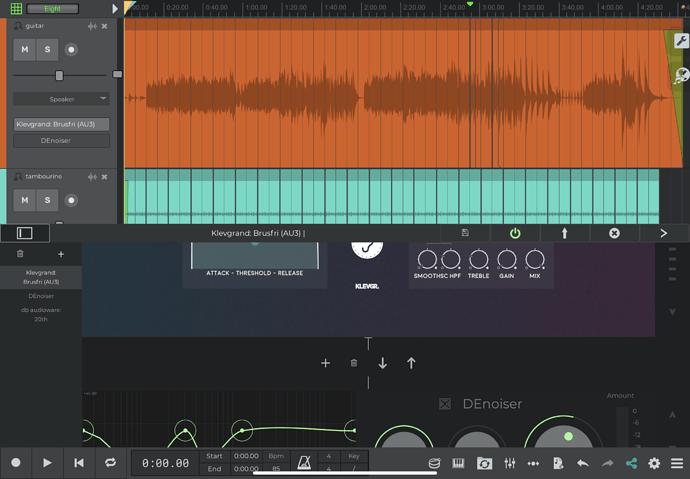 image2360×1640 1.89 MB
Hi. I think you must have a faulty download or something, my latest update certainly uses AUv3 apps, and the new effects-scrolling window works perfectly in
Portrait or Landscape mode, per the pictures I’ve included here. In the future I would suggest sending a specific email to the developers via the “Conact Support” link in the settings of this DAW, They have always been very professional and quick to help every time I’ve ever had a question or problem. Good luck getting yours to work as beautifully as my version does!